I am delighted to report I have just come back from the Isle of Wight where I was interviewed for The Harry and Edna on the wireless programme, I shall give more information at a later date when I find out when it is due for transmission, however my post today is just a brief description of our visit.

The choice of whether to take the classic or modern Bentley was easily made when my wife informed me I would be going on my own should I choose the older and less well insulated of the two cars and as it turned out to be fairly cold and wet during our weekend, I think she made a wise choice.

This was not my first visit to the Isle of Wight as I first visited some time in 1970 when I went to see Mr Bob Dylan at the first Isle of Wight festival and I can report that he is quite a small man, either that or I was quite a long way from the stage.

On my first visit I was sporting shoulder length hair and a rather splendid pair of  turquoise velvet bell bottom trousers, very much de rigueur for the period, however for my return I chose a somewhat more subdued brown three piece tweed suit.

We motored down to Portsmouth on the Friday morning and took the Wightlink ferry over travelling by sheer chance, port out and starboard home (POSH), if only the rest of the journey had continued in the same vein.

The hotel chosen for our accommodation was the Ryde Castle which describes itself as a majestic Victorian manor and as you can see from the photograph on Booking.com looks to be quite an impressive looking building with some interesting history, in that it was the hotel chosen by Agatha Christie when she went missing for a week. 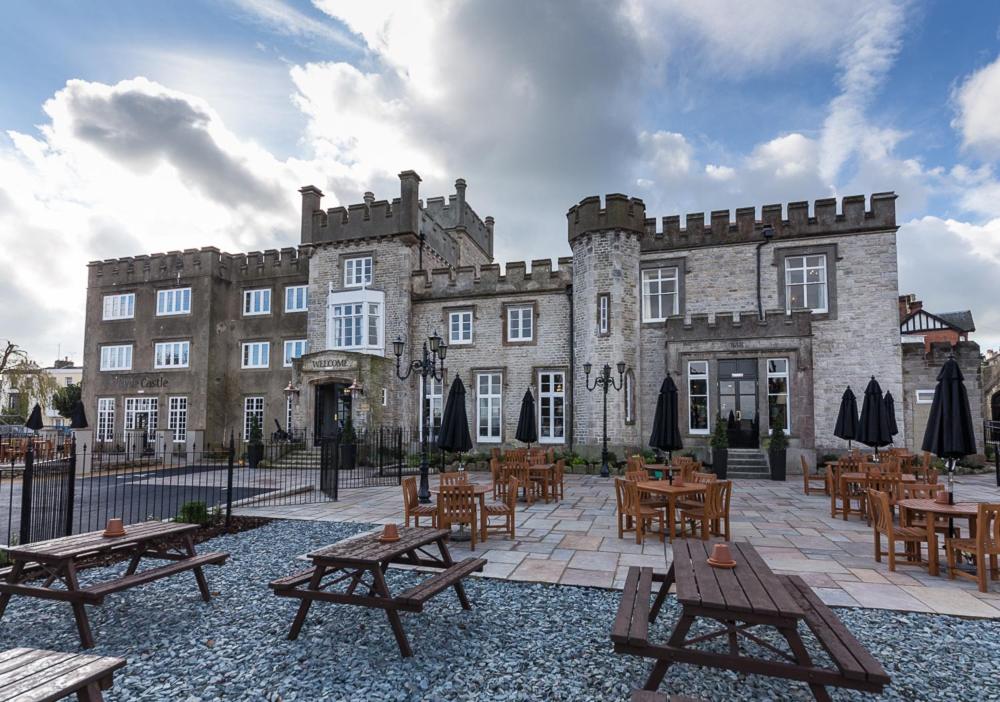 Unfortunately I think it must have gone somewhat down market since the days when Agatha Christie stayed there as it turned out to be more of a pub eatery with accommodation than the majestic Victorian manor we had been looking forward to.

The lounge turned out to be a sofa and three chairs placed in the draughty lobby and the  photograph of the other lounge has since been transformed into a restaurant and I think the photograph of the acceptable looking restaurant is in fact now the bar where one can eat but now with scruffier tables and chairs.

The bedroom was rather on the small side and quite dark with a broken side to the bath held together with gaffer tape and although the bed was quite squeaky it turned out to be fairly comfortable.

All was not lost though for we had a full days site seeing before my radio interview which meant we visited a Roman villa, Queen Victoria’s Osborne House, Carisbrooke Castle and travelled on a chain link ferry, all very interesting even in the rain.

We quite enjoyed our visit to the Isle of Wight and have decided we will go back again,  when the weather is a little better and hopefully to stay in a hotel that describes itself as a majestic Victorian manor and actually turns out to be one.

1 Response to Isle of Wight trip.