As I mentioned previously I am attempting to keep this site more related to matters of concern to people living in the country which is not as easy as you might think, especially for an ex townie like myself.

However, that was yesterday and what should fall into my lap today but the perfect story for me to write concerning beautiful fluffy dormice who just happen to be sleeping at the moment and their well being is in danger if they are woken up too soon during the freezing winter weather.

I know how they feel as I myself hate to be woken too early, especially during the colder winter months, although unlike the mice I am not in danger of dying, I just get a little bad tempered. 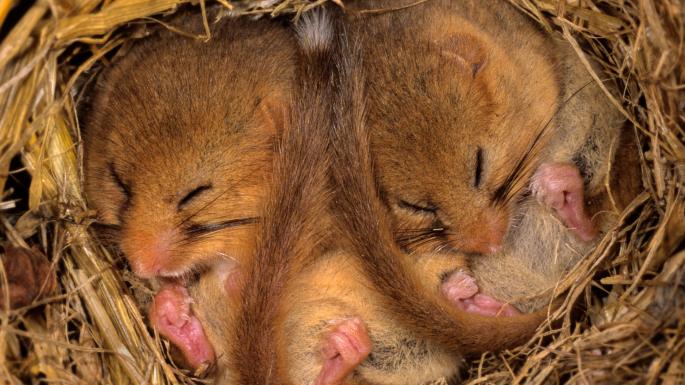 Apparently they are turning a portion of the M1 in Northamptonshire into a smart motorway which means turning the hard shoulder into a fourth lane.

It seems that to do this they have to fell trees which are in the way and which are close to where the dormice are hibernating, the story continues that the trees will have to be felled quietly and lowered gently on to flat bed trucks.

I have to admit there is a certain amount of ambiguity about this story as I am wondering where they are going to acquire a silent chainsaw and silent lorries and workmen.

Whatever the truth of this story, if there are any fluffy dormice in danger whilst the roadworks are taking place, as someone who much appreciates his car and the use of the motorway system I am also concerned for the well being of the fluffy mice and I would be quite prepared to wait until they have woken up.