The pitfalls of double kissing.

I went last night to my local Bentley Drivers Club Noggin and Natter and was faced with the usual dilemma, how to greet people correctly especially with regard to kissing.

The meeting is usually a chat and a meal in the evening although sometimes it might be at a different time of day and have brunch.

Most of the members are of a certain age, certainly not millennial’s and from the chart below some would be The Silent Generation, although even the older members can make themselves heard more than adequately when they have to turn up the volume.

Many of the older chaps are a font of knowledge were the old cars are concerned and one can always someone to assist with a problem should you consult the correct oracle.

The vast majority are Baby Boomers, including myself with a smattering of Generation X which makes greeting the male half of the members very easy as there is a certain empathy between fellow Bentley drivers.

The usual greeting for any of the chaps is a firm handshake, unlike the youth of today who seem to wish to enter into some sort of arm wrestling contest followed by dragging the poor unsuspecting victim to their chest and patting them firmly on the back, which to us older chaps is a little over the top to say the least.

The problem I find most perplexing is that of kissing the ladies when greeting, especially as we now have the more modern way with the double kiss, I am always lost as to which side to start first, one doesn’t want the temperature to rise too much with this act for heaven fore-fend that these actions might be confused with passion.

Having consulted Debrett’s who have been in the business of etiquette for over 250 years I can see from the guidelines below that I should start kissing the right cheek first, which may go some way to explain my confusion as I have a natural urge to start with the left. 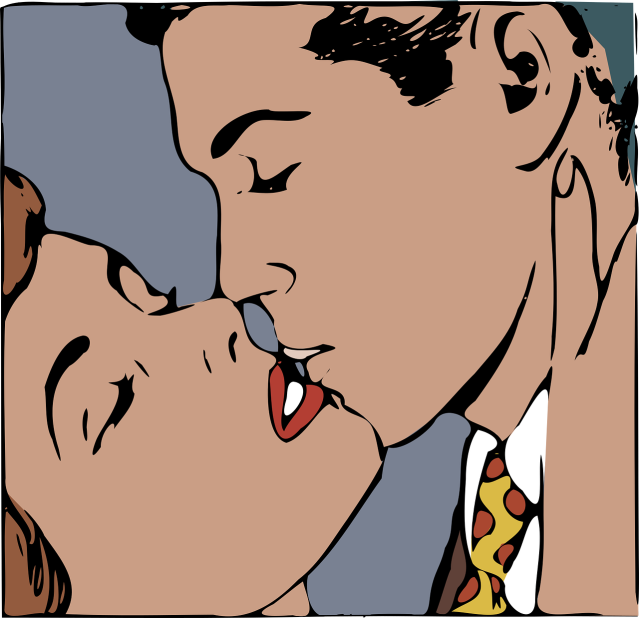 Kissing Guidelines
Social kissing varies according to the age of the people involved. Older people may not want to be kissed at all and even if they do not mind they often only expect one kiss. The double kiss, which is usually the man kissing the woman’s right cheek first, is the norm among younger people.

An air kiss, with no contact at all, may seem rude or impersonal, but at least it is not intrusive – it is simply a social kiss, not a sign of affection to a loved one. A very slight contact is best, and no sound effects are needed.

Having read learned and inwardly digested the above information I look forward with gusto to our next meeting where I shall put the information into practice.

I am delighted to have finished this post, especially as I have completed the Word of the day Challenge, Passion. The Ragtag Daily Promt, Temperature and the FOWC Challenge, Empathy. The writing of the above post took some considerable time most of which was placing the pingbacks in the text and if all goes well and it actually works I have to thank The Ragtag Daily Prompt for being the first person who has actually written a description which seems to make sense of how to do the damn things!

28 Responses to The pitfalls of double kissing.