There seems to have been a bit of a hoo-ha about the lack of films nominated which are by black people or by women and the suggestion that those selecting the nominations are somehow sexist or racist, I on the other hand, have a slightly different take on this story, there’s a surprise. 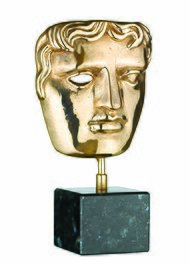 One of the films nominated in the “casting” category is The personal history of David Copperfield which Mark Kermode said whilst reviewing it for the BBC;  “a brilliantly inclusive colour blind ensemble cast.”

He later went on to say that he thought the film, “Bait” should win the category for Best British film and here I think we have a clue as to why there are no films nominated which are by women or black people.

Unfortunately all the evidence seems to suggest there are no films which are of a sufficiently high quality and those that qualify by being “a brilliantly inclusive and colour blind ensemble cast” are quite rightly nominated in the “casting” category and not “best film.”