THE SHORT OF IT.

Here are three of my works which were previously selected for THE SHORT OF IT, should you feel like submitting pieces here is the link with instructions on how to do so.

The Short Of It

A MAN ENTERED THE BAR.

A man entered the bar,
He appeared to be moving like a sailing boat,
tacking against the wind.
With trouser belt above the waist, he stopped,
swayed back upon his heels,
and taking first position in a dancey sort of way,
he did a little plié.
He ordered a pint of snakebite, a Guinness,
and a crème de menthe,
then having downed the lot he proceeded to sing,
from the La Marseillaise.
Pulling down his trousers, like a man possessed
he waved his bits about,
and bending down to touch his toes he struck a match,
and lit a massive fart.
A blue flame shot all the way across the bar,
causing scorching damage.
The crowd erupted in spontaneous applause,
and cheers of joyous laughter.
Then it seemed almost in the blinking of an eye,
he had disappeared.
The man had left the bar.

I entered a competition to write some prose and duly sent in my entry whereupon I received a reply saying I should have sent three, which reminded me of my school days which were spent mostly looking out of the window daydreaming.

The teacher would gain your attention by throwing a heavy wooden board rubber at your head which would land with a crack and bring a tear to your eye, on reflection I’m amazed more boys didn’t suffer from concussion.

It was the norm in those days for the teachers to have carte blanche to inflict any number of corporal punishments from a slap across the knuckles with a ruler, a whack on the bottom from a size 11 plimsoll to the full-blown six of the best with a bamboo cane.

The strangest thing though was having to say, “thank you Sir” after being beaten.

It could always be worse!

My life of late has not been great,
I’ve had an awful time.
My wife has left, the kids gone too,
I don’t know what to do.
This tale of woe began a year ago,
when I sadly lost my job.
No money left to pay the bills,
I foolishly turned to crime.
How hard I thought to rob a house,
I’ll try the one next door.
I dressed in black and took a sack,
in which I put the swag.
They say that crime it doesn’t pay
and sadly, they are right.
For now, I’m serving thirteen months,
in a dingy prison cell
I must say life inside is not all bad,
for I’m now a prison wife.
He’s not perhaps my ideal mate,
but in here you don’t say no.
If I behave, I’ll be out soon and
make sure I don’t come back. 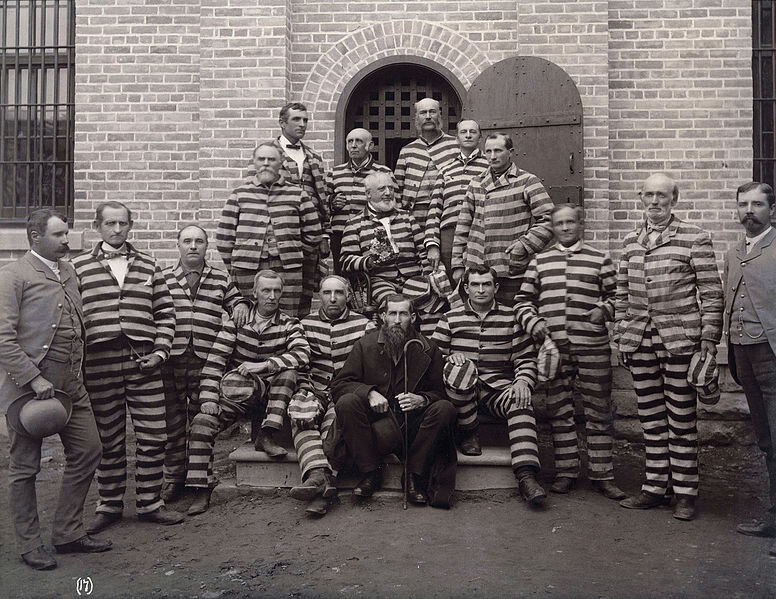 2 Responses to THE SHORT OF IT.