Is it me, or are Scottish Power the worst and most unorganised power company in Great Britain?

Every time I get a bill from them it is wrong, so I then send them my own reading which comes up with a figure less than they estimated, then they send me a bill again which is more than the original estimate, which requires me to phone and speak to a human being who eventually manages to sort the problem. 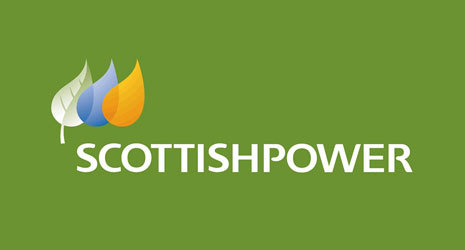 Eventually I finally decided to switch suppliers and was told by U Switch that all was going well and that I should send in a reading on 20th of this month and the final bill would be calculated and the switch would go ahead.

Unfortunately this process was obviously far too simple for Scottish Power who sent me an email saying the switch could not go ahead as we still owed £40.52!

Slightly exasperated and feeling my blood pressure rising I went on line and paid the £40.52 and being the sort of fellow who tends to double check things I contacted Scottish Power to confirm the switch would go ahead as planned.

Due to the current Covid19 situation, all this had to be done on line which always annoys me as it takes days, ( slight exaggeration, it just feels like days)  to do something that can normally be done in a matter of minutes by telephone, however I persevered, whereupon I was told that the U Switch supplier would now have to request the switch again.

I made a cup of tea in a vain attempt to calm myself, as I could feel my blood pressure rising but to no avail as by now I was close to losing the will to live, still undaunted though, I thought I’ll give it one last attempt as having to reapply seemed bloody ridiculous.

On my second attempt with a different person from Scottish Power I was told that once the payment had shown on the account then the switch would be able to take place and I would have to do nothing from my end, now I don’t want to sound too pessimistic but I’m not holding my breath on that one.

I went to see my wife who has a much more laid back attitude to problems than I and regaled the whole story to her and being concerned for my well-being she told me to calm down and do something I enjoy and get back to writing my book, or use the whole experience in a positive way and write the story on my blog.

She was right and having written the story I can now say I feel considerably less stressed and indeed quite cheerful as whilst writing of my experience I suddenly thought of another post, so look out for the next instalment called, The drop off in attendances at A&E, not the most catchy title but it might be amusing, at least to those who are following the thought process.