FAKE NEWS OF THE DAY NO2!

Today the FAKE NEWS we have to report is the sad death of Greta Thunberg who tragically took her own live in the early hours of the morning, when she learned that the hole in the Earth’s ozone layer had closed up and the world temperature had dropped by three degrees due to the complete lock down of the entire world. 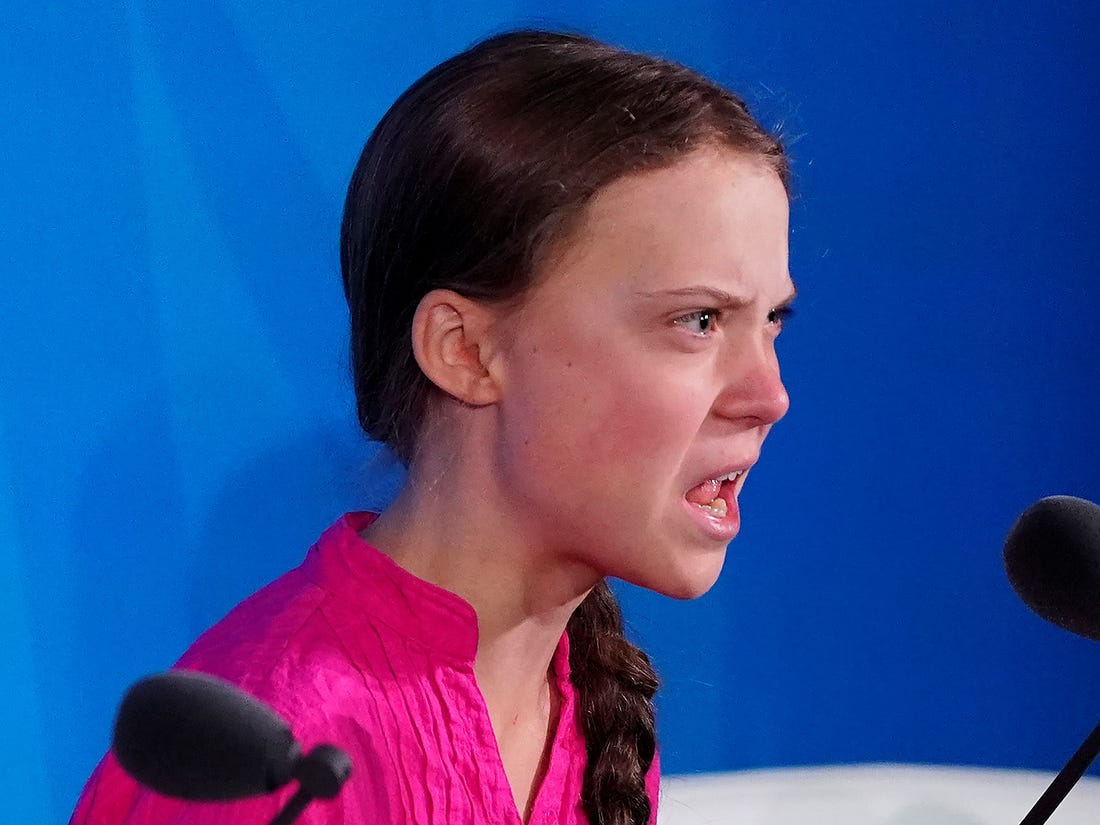 She is reported to have said to her only friend, “first they took my future and now it’s come back why are they playing with my mind in such a cruel way?”

Apparently she locked herself in the garage and turned on her fathers car in the hope that the fumes would kill her but as the car was electric and the battery was flat she then decided to hang herself instead. Unable to find any rope she decided to use the cable from the car’s charger but unfortunately the car mysteriously burst into flames leaving her trapped in the blazing building.

A note she left for her grieving parents allegedly said, ” I no longer have a purpose in life,” tributes have poured in from all over the world.

The Transport Minister said, “How sad but I think it’s the way she would have liked to go.”

Extinction Rebellion said, “We will block the traffic in London as a tribute to her, as soon as it manages to get moving again.”

FAKE NEWS OF THE DAY!

I have to admire all the people who are posting amusing pictures and stories to raise our spirits during this time of enforced lock down as I’m getting a little stir crazy myself and have decided to take a break from writing my book which is somewhat more on track than it was since I stopped wasting every moment of my waking day trying to find out why my computer will not let me log into two sites I use.

Having tried numerous things, re-booting, clearing my history, clearing my cookies and finally shouting very loudly I am still unable to enter these sites so have as of today decided to stop tying and to distract myself with continuing to write the book.

However, one needs a rest every now and then so for a brief moment I thought I might amuse myself by posting the FAKE NEWS OF THE DAY!

Today’s FAKE NEWS  concerns Amelia Earhart who was lost in the Pacific Ocean near Howland Island whilst trying to circumnavigate the globe in 1937, she was lost with her navigator Fred Noonan along with their Lockheed Electra with no trace of them ever being found, until today when the remains of the plane washed up on the beach in Bournemouth.

The plane was found by two pensioners Mr and Mrs Tintin whilst taking their Wire Fox Terrier called Snowy for an early morning walk along the promenade.

Mr Tintin said, “my wife and I were alerted to the aeroplane by our dog Snowy and upon closer inspection the little fellow would not stop barking and led us to a collection of bones in the floor of the plane.” “I don’t have a mobile phone,” he said but managed to borrow one from two passing twins called Thompson to alert the authorities.”

It was later reported that the coastguard had previously received a report from a fisherman called Captain Haddock who said his nets had snagged on something in the vicinity  during high tide.

Later the police reported than the remains had been confirmed as those of the missing Amelia Earhart and her navigator Fred Noonan.

Not Coronavirus, for a change.

Here is a link to a rather amusing little post about someone writing a book which I came across which prompted me to write this which was going to be a short response to say I had enjoyed the post but became somewhat longer as I told my tale of woe.

I too thought it would be a good time to write a book but have so far in three days written five pages and managed to complete some research.

Yesterday was completely wasted trying to get our broadband fixed which resulted in us being told to dismantle the incoming socket and plug the wire in the back, it looks extremely untidy and has not resulted in the broadband working any better.

I have now wasted the majority of today trying to fix the sky box which must be related to the internet connection and my log in to my Vodafone account which no longer works.

As we speak, I am currently in conversation with what I suspect is a robot and I have a number to quote should I ever get in touch with a human being, however I received the message on the phone with the number which made the phone ding every two or three minutes so I deleted it as it was quite annoying. I don’t even have the satisfaction of talking to a real person I can shout at, sorry I mean raise my voice at!

I have to wonder if these problems will ever get resolved and am beginning to lose the will to live, compared to getting the internet fixed a dose of Coronavirus is looking quite an attractive alternative. 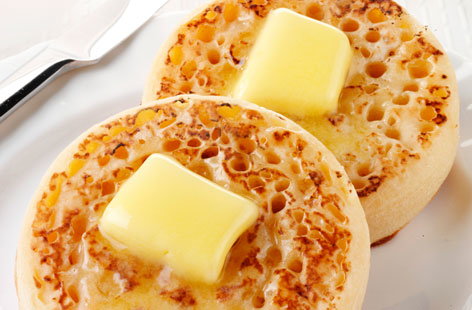 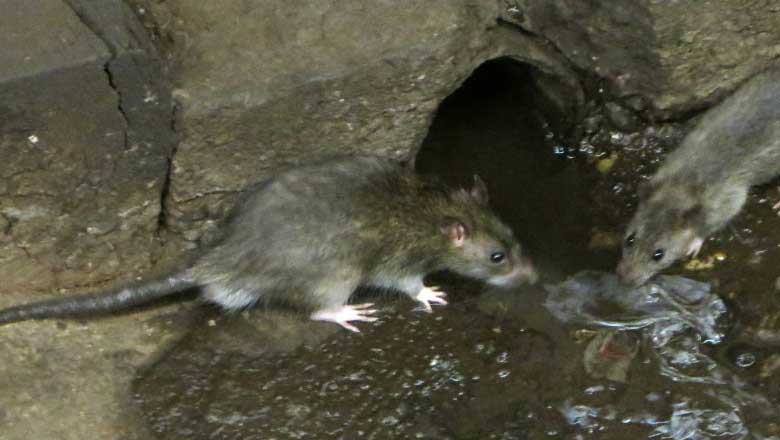 I decided to use my time during the current lock down constructively and to write the book I have been thinking about but never seem to have had the time to write, unfortunately at the speed I write we need to be locked down for far longer than I would like.

The story is set just after the war and I was doing some research on rationing when I came across this picture from the IWM of people queuing patiently outside a greengrocers in Wood Green in 1945 when I noticed the lady with the hat behind the fellow with the fag in his mouth bore a remarkable resemblance to my grandmother, I wonder if it was her?

During our current crisis I have heard some dreadful stories of people fighting and pushing older folk to the floor in an attempt to get to toilet paper and the like and am hoping that perhaps this photo may serve as an example of how to do things properly and to those of the community who have been behaving in such an ill mannered fashion I say, you should be ashamed of yourselves. 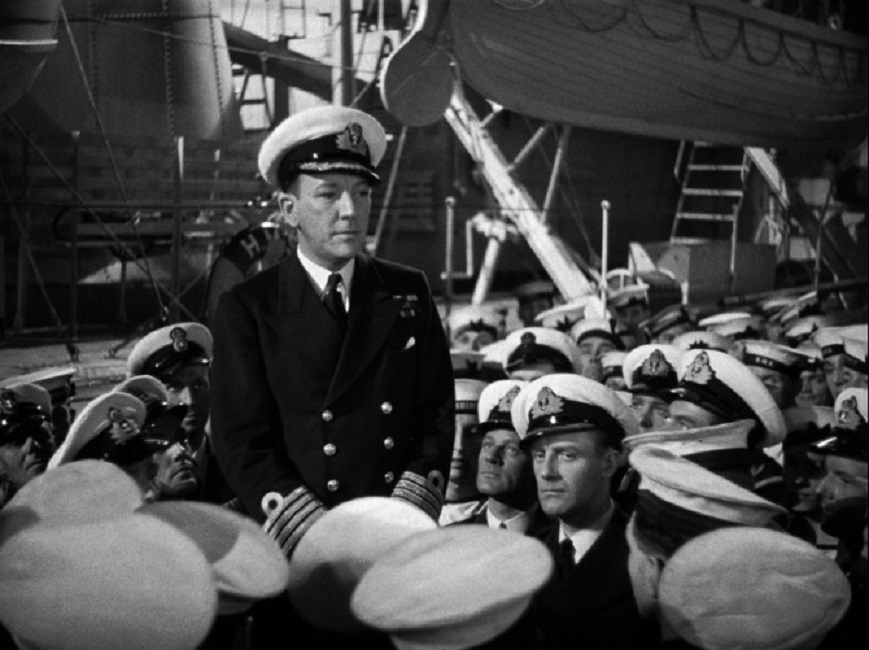 Posted in Uncategorized | 5 Comments
The Diary of a Country Bumpkin
Blog at WordPress.com.