Defiance or determination or discipline?

Children seem so ill disciplined nowadays compared to my childhood, when my parents said no, they meant it and we knew it too. I am astounded at how rude some children can be but when you see a family out and they are sitting round a meal table all of them on their phones with no interaction between them, I’m not greatly surprised.

It will obviously never go back to the old days where six of the best with a slipper or a cane used to help concentrate the mind no end. Punishing children who don’t like school by excluding them from the very place they don’t want to be doesn’t seem like much of a punishment to me. 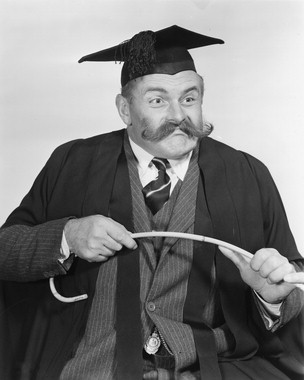 It’s quite odd to me that when I was at school, we never had anyone with ADHD or autism no-one disrupted a lesson and we were so unbelievably well behaved compared to modern children.

I know from experience that you can give a child a full-strength fizzy pop style drink and they shoot of as if they have a rocket up their backside and take some considerable time to calm down, I have no idea if this has any bearing on ADHD. When I was at school, we had fizzy pop called Tizer it tasted horrible so we didn’t consume vast quantities of the stuff which may explain a lot.

Surprisingly the main thing we all came out of school with was a decent education in the lessons of morals, ethics and good manners, most of which was taught (although we didn’t realise it at the time) in the Religious Education class with parables like the good Samaritan etc.

I can remember my parents saying to me, “never speak to a grown up until they first speak to you,” which when visitors arrived, we would dutifully wait to be spoken to before responding. You can’t imagine the youth of today behaving in such a fashion.

We try to educate our grandchildren in the correct ways but sometimes it feels a little like pushing water uphill, I wonder what on earth it will be like in a few more generations time, from the look of things sometimes I worry that some of the coming generations may damage their knuckles as they scrape along the ground.

9 Responses to Defiance or determination or discipline?