Adolf Hitler and the wonderful view.

When I was much younger and still taking holidays with my parents I can remember being taken to the countryside or the seaside and my parents commenting, “oh what a wonderful view.” Whereas I was thinking, “is it really, I can’t see it myself, I would rather be at home riding my bicycle to the woods for a crafty fag with my friends!” 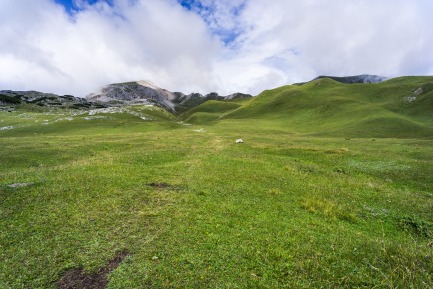 Perhaps, in retrospect I should have paid more attention to the view as I later went on to become addicted to Marlboro cigarettes and used to smoke eighty a day, a habit I am delighted to report I managed to give up some eighteen years ago.

I was reminded of this thought when watching a documentary on the television about Hitler and Eva Braun and how she gradually became more powerful in the relationship, from initially being his girlfriend and never being seen in public to taking control of The Berghof, Hitler’s mountain retreat in the Bavarian Alps. Eventually they married and then committed suicide when all was lost and the Allies were entering Berlin.

Eva was a very keen photographer and took many cine films which showed the wonderful view of the countryside from The Berghof and how smartly everyone dressed, especially the SS officers in their all black uniforms designed by SS- Oberfuhrer Prof Karl Diebitsch and Walter Heck which were produced by The Hugo Boss Company.

It’s rather lucky than World War Two wasn’t a fashion parade as the British uniform wasn’t anything to write home about, had that been the case we could well have finished in last place.  The only chaps who could present themselves properly were The Home Guard who initially had no uniforms and had to go on parade in their three piece tweed suits.

This post was prompted by the phrase, “what a wonderful view,” which reminded me of the immortal sketch by John Cleese as Basil Fawlty about the view that was expected from a Torquay hotel bedroom window…..”Herds of wildebeest sweeping majestically…..”

I shall leave you with part of the script from that very amusing programme Fawlty Towers.

Mrs. Richards:
And another thing. I booked a room with a view.

Basil:
[quietly to Manuel] Deaf, mad and blind. [Goes to the window] Yes, this is the view as I remember it, yes, yes, this is it.

Mrs. Richards:
When I pay for a room with a view, I expect something more interesting than that.

Basil:
That is Torquay madam.

Basil:
Well, may I ask what you expected to see out of a Torquay hotel bedroom window? Sydney Opera House, perhaps? The Hanging Gardens of Babylon? Herds of wildebeest sweeping majestically…?

Mrs. Richards:
Don’t be silly. I expect to be able to see the sea.

Basil:
You can see the sea. It’s over there between the land and the sky.